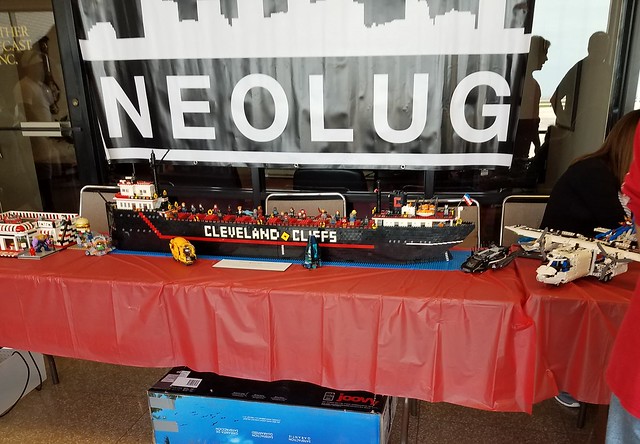 The surprise of the event was when President Trump landed at the airport for an event that was being held later that day in Cleveland Ohio. 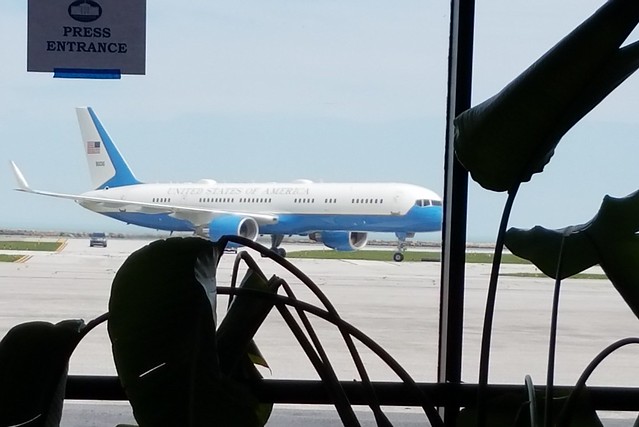 Come see the rest of NEOLUG’s creations at Brick Universe Saturday, September 29 and Sunday, September 30. To get a taste of what to expect, watch our own EJ Bocan’s on Cleveland’s own Kickin it with Kenny, from Fox8.

Greyson Beights, creator of Brick Universe, is also in the video.

NEOLUG’s very own Wayne Peltz was featured in this month’s Mimi Vanderhaven, a monthly magazine run out of Brunswick that features locally-owned businesses in Northeast Ohio. The article (shown on the left) highlighted Wayne’s recent mosaic of the Cleveland Indians’ shortstop, Francisco Lindor and dove deep into Wayne’s personal building process.

Many Children dream of turning their favorite pastime into something more when they grow up.  Wayne Peltz did just that with the creation of One By 1 LEGO® Mosaics. His innovative, realistic LEGO® works of art represent people in stunning mosaic form.

Little did he know his hobby would turn into something much bigger.

Wayne works in the visiting clubhouse for the Cleveland Indians, so he regularly rubs elbows with key players in the major leagues.  Wayne’s love of sports and his daily ability to circulate among some of the world’s most talented athletes, along with a desire to find an outlet for his creativity, all merged for a creation of the One By 1 brand.

The residents of Northeast Ohio aren’t the only ones impressed with Wayne’s talent.  A majority of his clientele are the very athletes depicted in his work.

“I do sell my pieces upon request, but I create very few pieces that aren’t purchased by the athletes themselves,” Wayne explains.

Wayne participates in TribeFest each year, an annual event for fans held by the Cleveland Indians at the end of January.  This year, the fans helped Wayne construct a new mosaic at his interactive booth.

Wayne is often asked which of his works was the hardest to create.

“I always answer honestly.  It’s the one I’m currently working on,” he says.  “Each piece is done entirely by trial and error, and sometimes I redo an aspect of it multiple times until I get it just right.”

Although his fandom and clientele happen mainly by word of mouth, you can email Wayne at wayneslegos@aol.com for any inquiries.  Wayne’s work can be found on Facebook at One By 1 LEGO® Mosaics.  You can also see his work by following @WaynePeltz on Instagram. 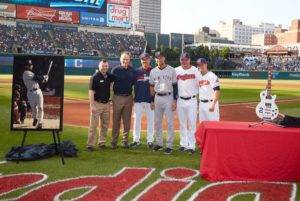 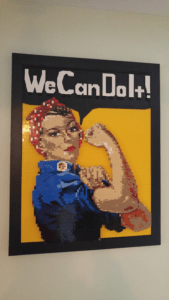 The International Women’s Air & Space Museum will be hosting its annual FREE community event, Family Day, on May 6, 2017, from 10:00 AM to 2:00 PM. This year’s theme is “Soaring Into the Future.” According to the Museum, kids can enjoy games, activities, crafts, entertainment, education, and community resources at the event.

This year, NEOLUG will be featuring several LEGO® creations during the family day event, including space-themed creations and a Rosie the Riveter style mosaic called “Rosie the Builder” built by Abbie Bocan of Abbie Dabbles. To see NEOLUG’s display and take part in the Family Day event, head over to the Burke Lakefront Airport, Rm 165, 1501 N. Marginal Rd. Cleveland, Ohio 44114 on May 6, 2017. For more information about the event, visit the Museum’s website here.